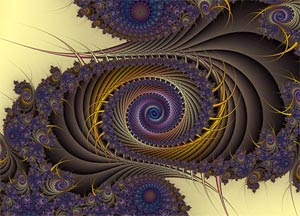 Serge Noire is a whole different kind of travel. Serge Noire is rather a voyage of discovery trough layer on layer of some unknown, dark and dusty matter. A mystery to reveal, a riddle to be solved. An exquisit play between light and darkness.
When I put on Serge Noire I am greated with a little explosion of clove. Soon the clove is dragging along notes of dry, abrasive incense, sweet but hot cinnamon and small, shy notes of some little flower. I am lured in to a labyrinth with no clues, in to an old ghost castle with dungeons and forbidden covert rooms, I fumble in the dark and should be lost forever if it wasn´t for that little, little smell of flowers. It guides me like a promise of life, light and warmth on the other side of the darkness. Yes, if it wasn´t for that ting note of flowers I would think of Serge Noire as unwearable. Like being drenched in thick, black tar or the content from very unfresh ashtrays, not at all the clean smell of ash that is to be found in for example Ava Luxe´s Film Noir. No, dirty ash, quicksand, the heavy layer of dust in a forgotten tomb chamber.
Sege Noire could be the smell of childhood nightmares and adult angst. I do understand the one´s that find Serge Noire tremendously difficult, depressing and tragic. That´s a side in it that is overexplicit, but if you have been in the dark and come out on the other side off it, Sege Noire also contains a lot of hope.
Serge Noire is an olfactory trip, a piece of art that rathers take me on a trip through my mind, my emotions and my fear. Just like Borneo 1834, Serge Noire is a demanding fragrance, but in the same time a lot more scaring and still, abundant in promises. The trip to Borneo goes on and on and on, but Serge Noire has an absolute and very beautiful ending. And it´s the end, the last basenote that makes the whole experience worth going trough. On me the basenotes is nothing less than a surprisingly, little masterpiece. How can someone, among all those strong notes, manage to keep the small flowers alive? Among clove, cinnamon, incense and dust the little flowers stands as the strong and lively winners. When the small white flower is the only thing remaining, I make a sigh of relive. I have no idea of what kind of flwoer it is? But I picture it as small, white and very slender flowers. Flowers that surives and thrive in all the black. Maybe they are asphalt flowers, flourishing in the little crack between the pavement and the road?
Offcourse I do recommend Serge Noire as well, but don´t put it on before bedtime if you don´t want nightmares. I really don´t LIKE Serge Noire, it is very heavy and demanding on me, but as a pice of art I admire it uncritical. I can´t at all understand how the little note of flowers manage to stand there as the winner, do you? Maybe Serge Noire takes an totally different direction on you, please tell me!
Upplagd av rebella kl. 08:53